Who Are Our Times Tables Rock Stars? 4D – That’s Who! 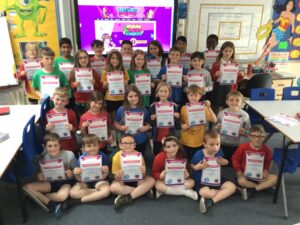 As part of the build up towards this year’s National Multiplication Check, a national test of times tables’ fluency taken by all children in Year 4, children in 4D took part in an incredibly exciting times tables’ challenge with a difference on Wednesday 18th May 2022 as part of National Numeracy Day.

Joining with many other children from around the country, they participated in a Guinness World Book of Records times tables challenge, chanting times tables and rolling numbers led by Baz Wynter from Times Tables Rockstars.  The aim was to be amongst the largest number of children to attempt a NEW Guinness World Records title for the most views of a rolling numbers livestream!

After a physical warmup with Katya Jones from BBC’s Strictly Come Dancing, who is a National Numeracy Ambassador, the children were ready to go!  Following directions from the TTRS team, they had previously learned new rolling numbers’ chants along with the ones they already use to practise their times tables so they chanted their way through multiplication facts up to their 12 times tables.

Exhausted and with their number SMART brains buzzing with multiplication facts, they waited with bated breath to hear from the official Guinness World Book of Records adjudicator as to whether they had been successful in their challenge. Amazingly, she revealed that over 5,494 children had taken part nationwide which beat the currently held record of 1500.

Asked how they would like to celebrate, the children from 4D shouted, ‘Carry on playing on TTRS!’  True to say that they have definitely been bitten by the times tables’ bug!  Well done for taking part with such enthusiasm.  Keep calm and carry on rolling numbers 4D! 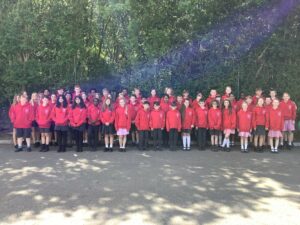 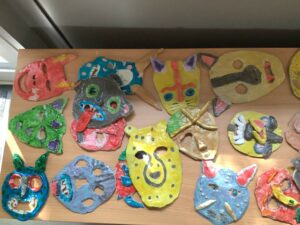 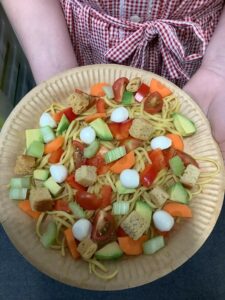